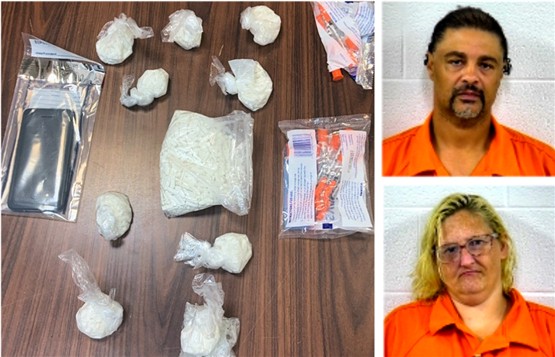 The arrests occurred following an investigation conducted by Sheriff's detectives and deputies into suspected illegal drug trafficking in that area.

During the investigation, Sheriff's K-9 Deputy Gary Mehler along with his K-9  "Edge" conducted a walk around on a silver Buick four-door occupied by two suspects and alerted on the vehicle assisting investigators with locating drugs under the hood.