Deputy assisted by MPD Officer during arrest of a combative man in Clay County, Ky. 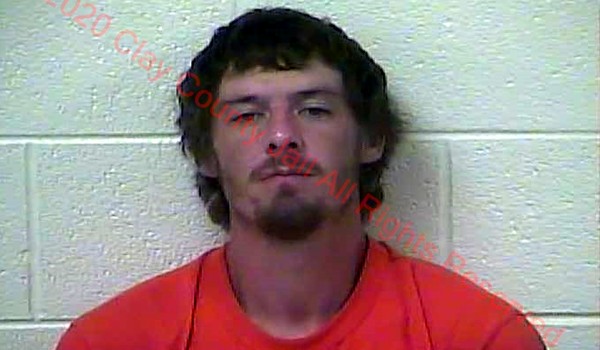 The arrest occurred when Deputy Brumley responded to a domestic disturbance complaint on Highway 638. Upon arrival, Deputy Brumley came into contact with the above mentioned subject who became belligerent while Deputy Brumley was attempting to conduct an investigation into the matter.

Deputy Brumley came into contact with a female subject who had noticeable marking consistent with being involved in a physical altercation along with bleeding from her ear.

William Edwards was charged with: