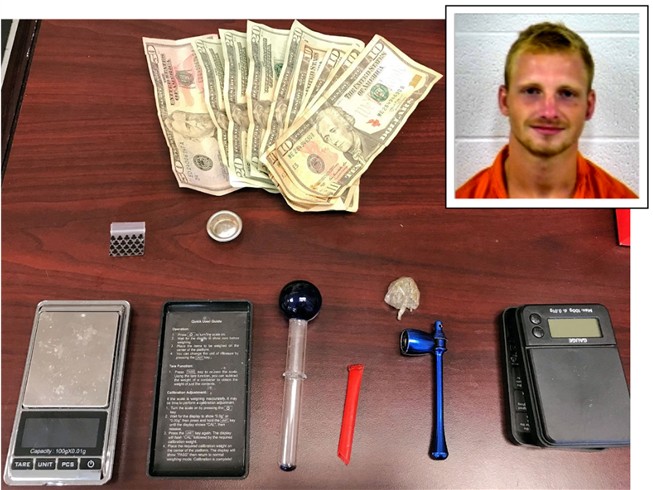 The arrest occurred off Highway 770 approximately 10 miles South of London while deputies were investigating a drug trafficking complaint out of a motel room there.

Deputies found this subject in a room in possession of suspected Methamphetamine, digital scales, glass pipe, and a bag of Marijuana.

Steven Lynch was charged with:

This individual was lodged in the Laurel County correctional center.