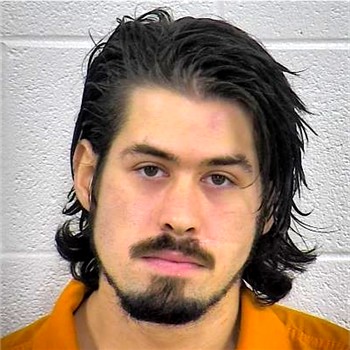 The arrest occurred off Hoot Owl Lane approximately 8 miles South of London after deputies were dispatched to a complaint of a male subject that had allegedly forced entry to a residence, and sit down in a chair there.

The female home owner who was outside near her car observed the suspect, who she was aware of, force entry to her house.

The home owner confronted the suspect, arguing before allegedly being assaulted by the suspect who grabbed her and strangled her stating he was going to kill her.

The victim was able to get free and returned to her car locking herself inside and calling 911.

The suspect broke the front window of the car and upon realizing the victim had called 911, fled through the woods behind the victim's house and was located a short time later on Hoot Owl Lane by deputies who had been given his description.

The suspect was taken into custody without incident.

Daniel K. Boggs was charged with: