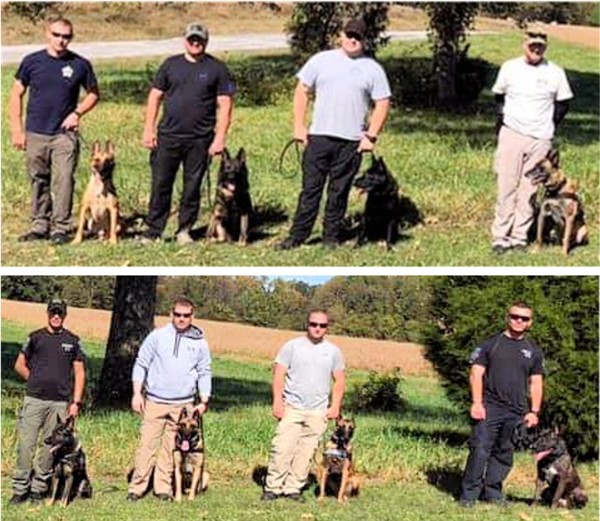 The teams were certified in the following areas:

Sheriff Root (left) stated that" Our K-9 teams play a vital role in our "War on Drugs".

In addition, these K-9 teams are a vital part of the Sheriff's office, and are a valuable asset to the citizens of Laurel County.

They respond to calls for service and are specialized teams whose specific skills are a critical asset to the Laurel County Sheriff's Office."

The officers and their K-9s are:

Awesome job to all the teams!! So proud!!