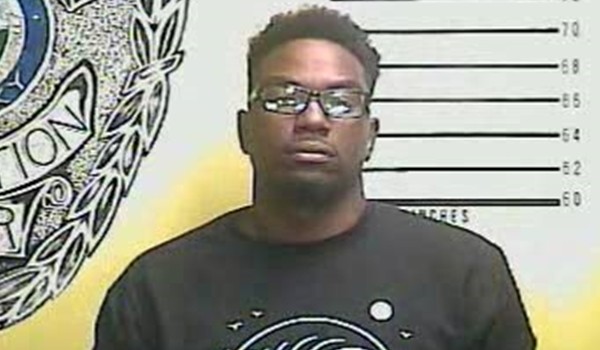 PINEVILLE, KY - The Bell County Sheriff's Department is reporting that: At 12:29 PM Tuesday, January 5, 2021, Bell County Dispatch received a call of shots fired on Highway 221 in the Kettle Island Community with one male individual injured.

Responding to the scene was Bell County Deputies Frank Foster, Ron Jordan and Chief Deputy Doug Jordan, who found the shooting victim had been shot in the arm.

Also responding was Bell County EMS who treated the victim on the scene and prepared him to be transported to Pineville Community Health Center.

The victim stated that an individual described as a black male was going down the road and shot him.

While Deputy Foster was on scene getting details, Bell County Dispatch stated that the individual in question was at the Sheriff’s Office to speak to officers about the incident and turn himself in.

The man, identified as 23-year-old Devonterious Williams Grigsby of Flatlick, stated that he went to the Kettle Island area to find a stolen vehicle belonging to his girlfriend’s mother.

As he was driving through the area Grigsby claims he heard some individuals, one of which was the victim, making racial slurs.

Grigsby also stated that one of the individuals had a weapon so he exited his vehicle and began firing shots in their direction striking the victim.

Devonterious Williams Grigsby was arrested and lodged in the Bell County Detention Center.

Deputy Foster has charged him with: