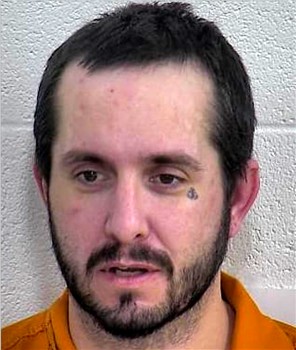 The arrest occurred at a residence off Somerset Road approximately 3 miles west of London after off duty Deputy Travis Napier was called next door to his residence to an apparent domestic violence complaint involving a male subject with an assault rifle who had fled to a back bedroom of the residence.

Two on duty deputies joined off duty Deputy Travis Napier who spotted the suspect in the rear of the residence ordering him to drop his weapon however the male subject refused.

Deputies fired a taser at the suspect, striking & temporarily incapacitating him causing the weapon to drop where deputies were able to retrieve it and take the suspect safely into custody.

Ryan Morgan was charged with: