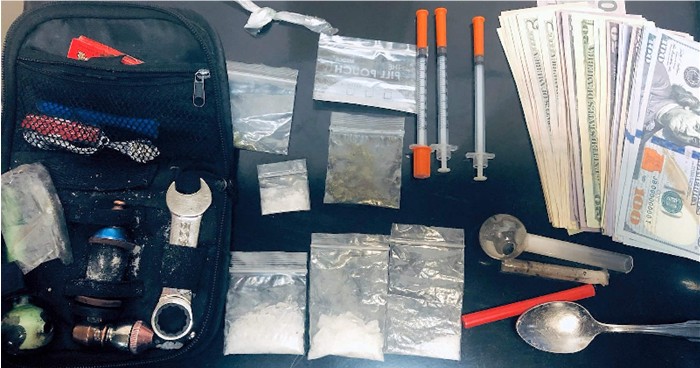 The arrest occurred in a business parking lot off Highway 312 approximately 10 miles South of London after deputies conducted an investigation on a suspicious vehicle-a gray Ford F-150 located in the parking lot there and occupied by two individuals.

Deputies detected the odor of alcoholic beverages and Marijuana emitting from the vehicle and located:

The passenger in the vehicle identified as Christa Moore age 33 of Acorn Dr., Corbin charged with:

These two persons were lodged in the Laurel County Correctional Center.

Photo of contraband found attached to this report.