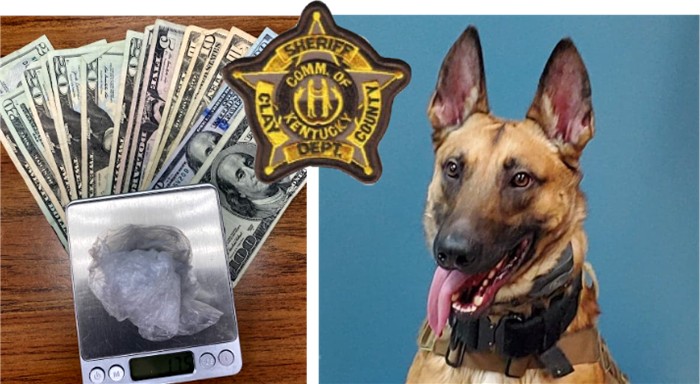 Contact was made with the driver who was noted to be acting extremely nervous.

During the search Deputy Brumley located a large bag of suspected Methamphetamine along with U.S. Currency.

George Minton (left) was charged with:

Photo of Contraband by Deputy Brumley.