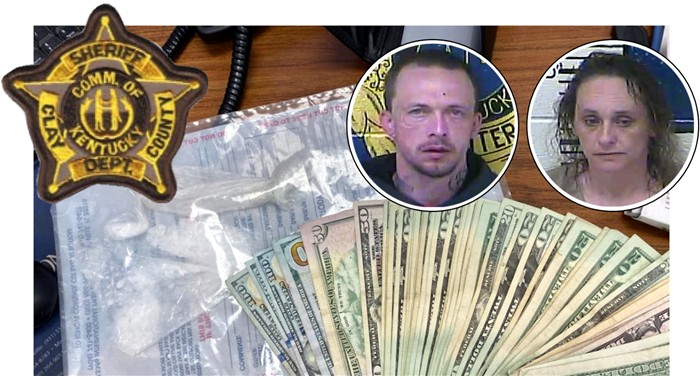 After a brief struggle the subjects was placed under arrest without further incident.

Upon search, Deputy Brumley located a handgun inside the vehicle, U.S. Currency and a large amount of suspected Methamphetamine.

Brandon Davidson was charged with:

Jennie Crosslin was charged with:

Both individuals were lodged in the Clay County Detention Center.

The photos attached are courtesy of the Clay County Detention Center and Deputy Brumley.