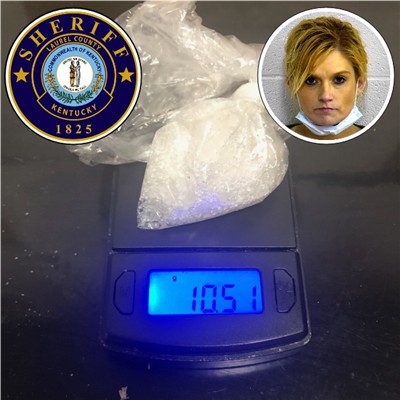 The arrest occurred off fourth Street in London after this subject was determined to be wanted on an outstanding warrant.

In addition, this subject was found in possession of a large amount of suspected Methamphetamine.

Amy Fultz was charged with:

In addition, this subject was wanted on a Laurel District Court bench warrant of arrest charging failure to appear in court on charges of: