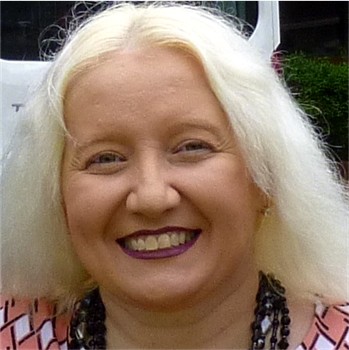 Fiscal Court in Clay County, Kentucky Goes Against Citizens and Approves Controversial Petition by Board of Education to Relocate Historical Cemetery

By Angela Hacker
This email address is being protected from spambots. You need JavaScript enabled to view it.

MANCHESTER, KY (July 16, 2021) - On, Wednesday, July 14, 2021 the Clay County Fiscal Court meeting was held in which the Fiscal Court voted unanimously to approve the CCBOE's petition to relocate the historic Hoskins Cemetery to Manchester Memorial Gardens.

Attorney Stella B. House released this official statement after the meeting: "The Clay County Board of Education (“CCBOE”) is attempting to relocate the historic Hoskins Cemetery in the community of Island Creek in Clay County, Kentucky. The Clay County Fiscal Court has placed it’s stamp of approval upon the CCBOE’s unholy quest to desecrate the graves in the Hoskins Cemetery.

This historic cemetery contains at least 80 marked graves, including Native Americans and Veterans, and is 128 years old with the first known burial being in 1893 and the most recent burial being in 2005. The CCBOE is attempting to relocate this historic cemetery for no good or valid reason. Family members representing 50 of the decedents buried in this cemetery plus many other people in the community and genealogist and historians across the Commonwealth and nation oppose the relocation of it. The CCBOE cites safety concerns but ignores the facts. The only deaths related to this cemetery are the deaths of the decedents buried in it. Many other schools in the Commonwealth of Kentucky have a cemetery near them. There have been four school shootings in the Commonwealth of Kentucky. All of them were inside the schools, except one. It occurred in a college parking lot. Perhaps, the CCBOE should spend the money it will spend moving these graves, which is estimated to be at least $300,00.00, to improve school security at the schools and in their parking lots."

On Monday, July 12, Clay County Judge Executive Johnny Johnson stated he would allow a representative of the "Friends Of The Hoskins Cemetery" to speak at the meeting on July 14. Contrary to what Judge Johnson stated he did not allow the representative to speak at the meeting before the Fiscal Court voted unanimously in 15 minutes to approve the CCBOE's petition without hearing any comments about the 50 decedents with family members who oppose the relocation of these graves at the Hoskins Cemetery.
" width="560" height="315" allowfullscreen="allowfullscreen">
A discrepancy to point out, included with the CCBOE's petition, with Exhibit 6 a copy of a statement was included from CCBOE Board Member Mark Hoskins who claims a Finley family member allegedly sent him an email stating they would like to have their Finley family member graves moved to Manchester Memorial Gardens. Finley family members have stated they have been opposed to the relocation from the beginning and did not give permission to have the graves relocated.
The CCBOE used bogus safety issues in there petition to have the cemetery relocated. Eloise House a 2021 graduate of Clay County High School had this to say regarding the safety concerns:
"Before this cemetery controversy, the only time I can remember CCHS being locked down was when someone escaped from the federal prison nearby. Maybe, the CCBOE should ask the federal government to move the federal prison on Fox Hollow to a new location."
When Clay County, Kentucky native Doug Adams was superintendent of the Clay County public schools, he liked to preserve history. He even had a one room school house moved near the Clay County High School campus in order to preserve its history. Unfortunately, the current superintendent William Sexton and members of the Clay County Board Of Education, and the Clay County Fiscal Court apparently, do not care anything about preserving the history of Clay County, Kentucky.
50 of those 80 decedents buried in the Hoskins Cemetery, have family members fighting for them, and according to the several dozen I have spoken with, say they will continue to fight against the CCBOE's unholy quest to desecrate this sacred ground.