Wooton, Kentucky Man wanted on Warrants from Fayette County found in Possession of a Gun and illegal Narcotics in Manchester 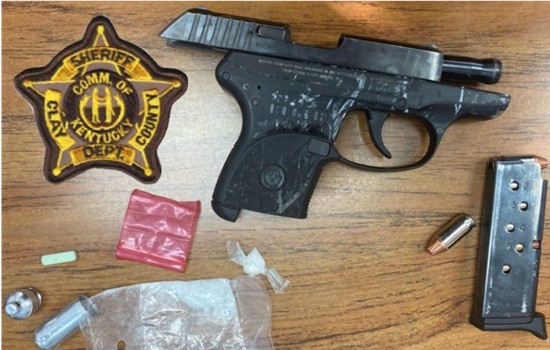 The arrest occurred at a business at the junction of KY Highway 80 and South U.S. Highway 421.

Upon arrival of the business, Sheriff Robinson was made aware that a subject was possibly passed out behind the wheel. 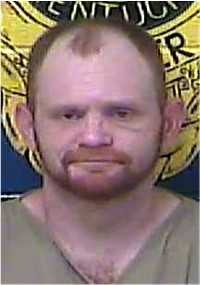 Contact was made with the subject and it was noted that the subject had a firearm laying in his lap.

Through investigation it was determined the subject was manifestly under the influence of intoxicants and was found in possession of suspected methamphetamine and other illegal narcotics.

The subject also had active warrants for his arrest out of Fayette County.

Terry Hendrix (right) was charged with:

The photo of the accused is courtesy of the Clay County Detention Center.