Man intending to meet an 11-Year-Old Female Child at a Movie Theater in Somerset, Kentucky was not expecting the Reception he received 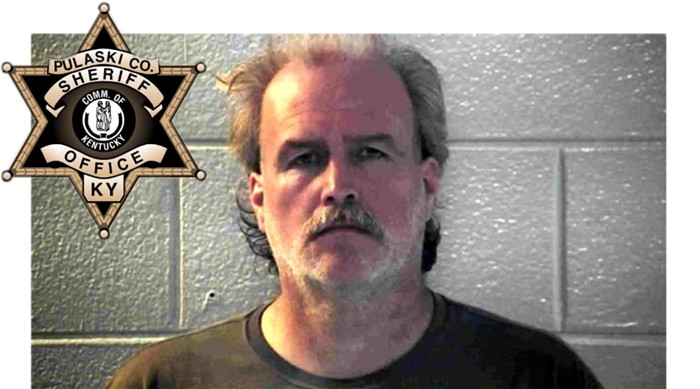 SOMERSET, KY - Pulaski County Sheriff Greg Speck is reporting that on Saturday, December 18, 2021, Deputy Alex Wesley responded to a call that an online group called "Predator Poachers" were talking with a male individual at the Cinema 8 Movie Theater in Somerset, Kentucky.

The three male subjects told Deputy Wesley that they had tracked the other male down on social media, "Instagram." The one male individual was there to meet an 11-year-old female to watch a movie.

The male individual had communicated with the 11-year-old female for the purpose of inappropriate relations.

The 11-year-old girl was not an actual person but a fictitious person the online group had created to lure in this individual.

Floyd Adams was charged with:

This individual was transported to the Pulaski County Detention Center and lodged, where, according to jail records, he remains  without bond as of this publishing on Sunday, January 2, 2022.

Deputy Wesley was assisted during this investigation initially by:

As a result of the search warrant, several electronic and storage devices were seized. These devices will be submitted to the FBI for forensic examination.

On December 29, 2021, at 1:30 PM, Floyd Adams appeared before Pulaski District Court for a Preliminary Hearing in which Deputy Alex Wesley testified.

At the end of the hearing, Mr. Adams' case was sent to the Grand Jury, where it will be presented by Deputy Alex Wesley and the Commonwealth's Attorney's Office at a later time.