Could Personal State Income Tax in Kentucky eventually be Eliminated? 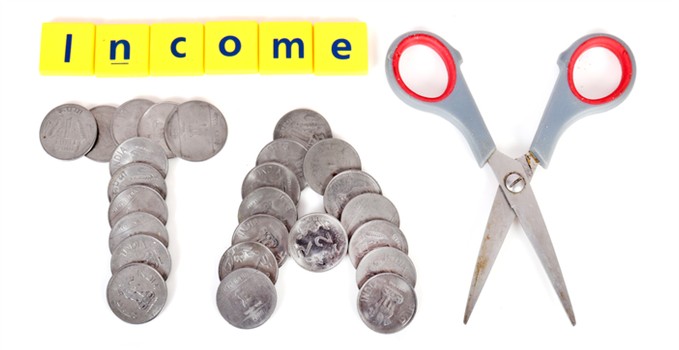 FRANKFORT, KY (March 5, 2022) — A plan to make key changes to Kentucky’s tax structure advanced off the House floor on Friday.

After debating HB 8 for nearly three hours, the measure cleared the House by a 67-23 vote.

The bill’s primary sponsor, Rep. Jason Petrie, R-Elkton, said the journey to tax modernization has been years in the making. One of the first steps taken by the General Assembly came in the reduction of the personal income tax rate from 6% to 5% in 2018.

“Tax modernization— those changes, those revenue measures that we are considering— in large part are for economic growth—writ large— for the entire Commonwealth,” Petrie said. “You look at that stagnation over time, and there’s a deeper seated issue: Our population.”

Data shows Kentucky has struggled to have significant economic and population growth and has fallen behind many other states. Tax modernization is one of the key steps Kentucky needs to see growth in those areas, Petrie said.

The plan to eventually eliminate the state income tax will take years. At the end of each fiscal year, Petrie said the Department of Revenue will look at whether actual state revenues, not an estimated amount, meet one of the “trigger” requirements to lower the state income tax rate by either a half or full percent.

Under HB 8, in order for the income tax rate to decrease by a half percent, the general fund must see a $1 billion increase in revenue.

“It cannot be more than 1% in a given cycle,” Petrie said. “We don’t wanna get too far out over our skis… no more than one point at a time so we can all adjust over time, including our budgets and everybody else.”

The way the bill is written means that once the income tax rate goes down, it cannot be triggered to go back up, Petrie added.

In order to reduce the income tax rate, the state plans to expand the sales tax base.

Another provision of HB 8 imposes a 6% use tax on nonessential services such as, nonessential cosmetic surgery, body modifications, photography, research polling, bodyguard services, marketing and more. Another section of the bill imposes a tax on ridesharing services, such as Uber and Lyft, and electric vehicles.

Electric vehicle owners would have to pay three cents per kilowatt hour excise tax at vehicle charging stations. The tax would go into effect on Jan. 1, 2023, if HB 8 becomes law.

In debating HB 8, many House members expressed concerns on how the bill might impact low income workers and families and small business owners.

Rep. Al Gentry, D-Louisville, agreed with Roberts. In addition to worrying about lower income workers, Gentry spoke on other states that do not have an income tax, like Tennessee and Nevada, who make up for it by having a robust tourism industry.

“These are high tourist states where the tourism— the people who are coming in from out of state—pay a pretty good chunk of the sales tax,” Gentry said. “That’s why it makes sense there.”

While explaining his “yes” vote, Rep. Shane Baker, R-Somerset, said that Kentucky does have the tourism industry that other states have.

“Yellowstone (National Park) brings in about $650 million a year. The Kentucky Oaks and the Kentucky Derby (bring in) $350 million in two days. In 2015, the Kentucky State Parks had the economic impact of $890 million,” Baker said, adding there are many things Kentucky has to offer, and there are many reasons why he’s proud to vote in favor of HB 8.

Rep. James Tipton, R-Taylorsville, also spoke and voted in favor of HB 8. He said he believes the legislation will play an essential role in improving Kentucky for everyone.

“Is House Bill 8 the only thing that’s going to make that happen? No, it takes a comprehensive plan. But it is a foundational component on what we need to do to move Kentucky forward for our families,” Tipton said.

HB 8 now goes before the Senate for its consideration.