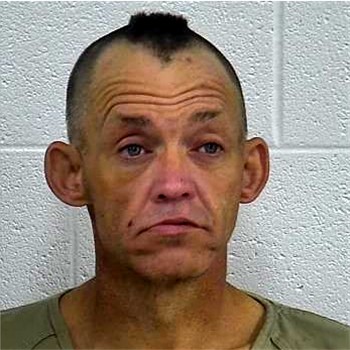 Arrest during Complaint Investigation at a Business in Laurel County, Kentucky

The arrest occurred at a business off Adams Road, approximately 9 miles South of London after Deputy France was dispatched to a complaint of an individual apparently under the influence, out-of-control, and refusing to leave the business.

Upon arrival at the scene Deputy France conducted an investigation and determined that this individual was under the influence.

In addition, this individual was found in possession of a needle and snorting straw and it was learned that he was wanted on an outstanding warrant.

William Romaker was charged with:

In addition, this subject was charged on a Laurel District Court bench warrant of arrest charging failure to appear in court for arraignment on charges of: