Illegal Narcotics, Cash located and seized by Police assisting with the execution of a Federal Indictment in Somerset, Kentucky 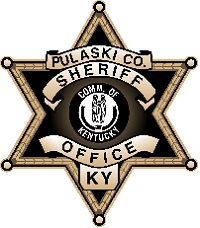 As part of an ongoing drug investigation, Deputy Dan Pevley and Detective Lieutenant Daryl Kegley went to 2955 Providence Road to assist the FBI with the execution of a Federal Indictment on Jason Woods after receiving information Mr. Woods lived at this residence.

After approximately an hour, Mr. Woods verbally responded to Law Enforcement officers and came to the front door of the residence after a short time.

Upon Mr. Woods exiting the residence, Deputies detected an odor of Marijuana coming from the residence. Mr. Woods had a large amount of money, $1,201.00, in his pocket.

A search warrant was granted for the residence.

Before making entry, Law Enforcement contacted the Director of the Pulaski County Animal Control, Adam Scales, to assist with removing the large dog located inside of the residence.

Additional Sheriff’s units and members of the Lake Cumberland Area Drug Task Force arrived to assist in searching the residence.

Upon searching the residence, Deputies located a large quantity of drugs to include the following:

The estimated street value of the illegal narcotics seized from the residence was $46,000.00.

Drug dealers sometimes use RF detectors to alert them that someone may be wearing a wire.

“The amount of drugs removed from this operation likely saved lives,” stated Sheriff Greg Speck. “The amount of Heroin alone, would have placed roughly 2,000 doses of Heroin on the streets of Pulaski County.” Sheriff Speck further stated, “Narcan is administered to people who are overdosing and is used to counteract the effects of opioid type drugs. We also located two empty containers of Narcan at the residence.” “We can only speculate why the two empty Narcan containers were there.”

Sheriff Speck said, “early in my administration going back to 2015, we investigated drug cases by developing confidential sources which led to large roundups of individuals trafficking in illegal narcotics”. He went on to say, “this approach worked for several years, but over time, developing those sources became increasingly more difficult, due to the sources unwillingness to assist in investigations to the point we had to change our approach on how we investigate drug cases.” While we still use confidential sources when available, we now use drug interdiction as our primary approach to investigating illegal drug cases. This involves traffic stops and tracing drugs back to their origin and conducting search warrants.

In those cases, the Sheriff’s Office is working in conjunction with our federal partners. Many of those cases are not reported on locally because those sources are in other counties or other states and are part of ongoing investigations. Due to the sources being in other jurisdictions, those charges are filed outside of this county, but the drugs would have eventually made it here to our streets and homes. Drugs have been and will continue to be a major focus of my administration.” “The limited manpower at the Pulaski County Sheriff’s Office will continue to be a challenge beyond my administration.” 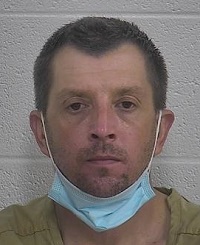 Jason Woods was charged with:

In addition to the warrants, Mr. Woods was charged with the following:

Mr. Woods was lodged at the Pulaski County Detention Center.

*Photo of Jason Woods is courtsey of the Laurel County Correctional Center where he is now lodged.

Sheriff Greg Speck asked that if you have any information about drug activity or any crime to contact our office at 606-678-5145. You can remain anonymous. You can also leave a tip on our webpage at http://www.pulaskisheriff.com