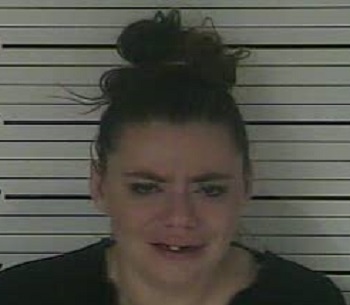 Deputies had prior knowledge of Morgan’s suspended operator’s license status and initiated a traffic stop on her 2011 black Chevy Impala.

Once contact was made with Morgan she was asked for her operator’s license to confirm what deputies knew, which she replied “you already know I don’t have one.”

Then when other information was asked from Morgan she became irate toward deputies.

At this point she was asked to exit the vehicle to preform field sobriety tests. At the conclusion of these tests it was determined by deputies that Morgan was under the influence of intoxicants.

Melinda Morgan of Stinnett, KY was then arrested for DUI and Endangering the welfare of a minor for the two minors in the vehicle with her. 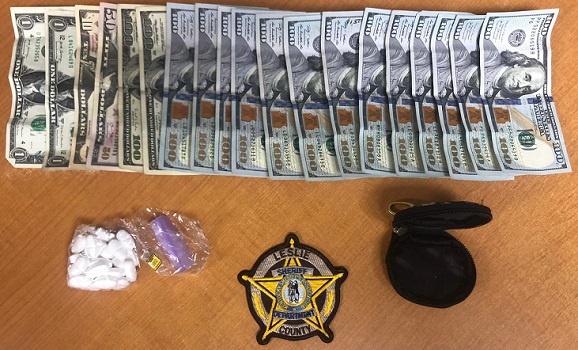 Morgan was then asked if she had anything illegal on her person at which time she pulled out a bag from her bra containing 28 dosage units of suspected Neurontin pills and a bag of suspected Methamphetamine. Morgan also had a large sum of cash in her pants pocket.

Melinda Morgan was charged with:

This individual was lodged in the Leslie County Detention Center,

The minors were turned over to the care of family.

According to JailTracker records, Melinda Morgan is still being held in the detention facility with no bond or court date having been set.

Anyone struggling with addiction is encouraged to reach out to the Leslie County Sheriff’s Office for any assistance they may need getting into a rehab facility.