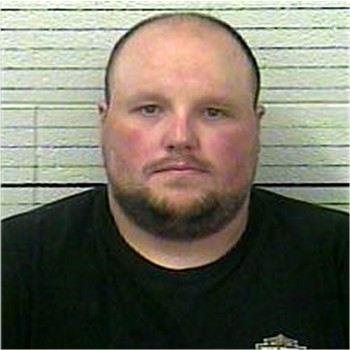 Once on scene Deputy Broughton learned that an individual robbed the store clerk at gunpoint and fled with an undisclosed amount of cash.

The deputy was given a description of the suspect who fled the scene on a white trike 3-wheeled motorcycle heading southbound on Highway 25E toward Bell County.

Through the investigation, the suspect was later identified as 35-year-old Lee Warren of Flat Lick whose cellphone was pinged by Knox County Dispatch to an area near a store under construction on Highway 25E in Pineville.

Responding to the location was Pineville Officer Curtis Pingleton who was assisted by Bell County Sgt. Frank Foster and Deputy Jody Risner.

Pingleton had prior experience with Warren and had previously taken out warrants on him for theft of checks from a family member.

Warren was arrested without incident and transported to the Knox County Detention Center.

Lee Warren has been charged by Deputy Broughton in Knox County with: