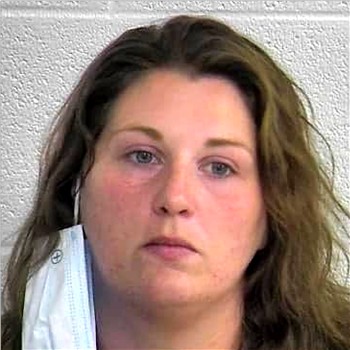 Somerset, Kentucky Woman sentenced to Federal Prison after Guilty Plea during ongoing Investigation into an Organization involved in a Conspiracy to Distribute Illegal Narcotics

In May of 2020, Lieutenant Daryl Kegley, Pulaski County Sheriff's Office Narcotic's Division, initiated an investigation into an organization of individuals involved in a conspiracy to distribute illegal narcotics in Pulaski County which ended in the execution of a search warrant on North Highway 1247 in October of 2020 which led to this conviction of Burdine.

Lieutenant Kegley discovered information and was able to identify other individuals in an illegal narcotics distribution conspiracy. During this time, Lieutenant Kegley interviewed numerous people between May of 2020 and October of 2020.

In October of 2020, Lieutenant Kegley applied for and secured a search warrant for the residence of Angela Burdine age 31 on North Kentucky 1247.

On October 15, with the assistance of the Pulaski County Sheriff's Office Criminal Investigation Division and other Deputies with the Sheriff's Office, the Lake Cumberland Area Drug Task Force, and the Federal Bureau of Investigation, Lieutenant Kegley served the search warrant and located & Seized was:

Ms. Burdine was present at the residence and was arrested and charged.

This investigation into this organization is ongoing.