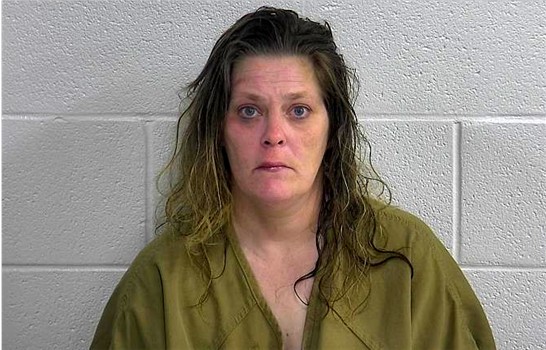 The arrest occurred off Rough Creek Road, approximately 4 miles South of London after deputies were dispatched to a complaint of a possible under the influence person caring for an 11-year-old juvenile.

Reportedly the juvenile was wondering from house to house knocking on neighbor’s doors.

When deputies arrived at the scene, they made contact with the female subject noting detecting a strong odor of alcoholic beverages emitting from this subject. This individual was determined to be under the influence.

In addition, a male subject was located inside the residence (who was also a caregiver of the juvenile) and he was observed extremely intoxicated. This individual was transported by Ambulance Inc. of Laurel County to an area hospital for treatment of possible alcohol poisoning.

Due to his condition, deputies cited this individual to Laurel District Court charging:

Upon arrest, the female subject began screaming and raising her fists, cursing and swinging her arms attempting to pull away from deputies while creating a disturbance there in the presence of neighbors nearby.

This individual was taken into custody.

Megan M. Jones was charged with: