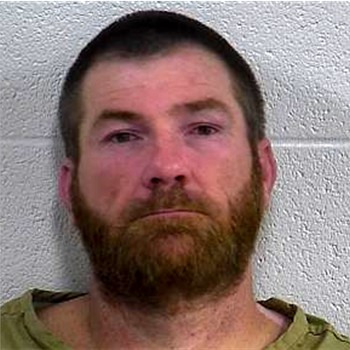 The arrest occurred off MJB Dr., approximately 5 miles South of London while deputies were investigating a dispute complaint.

Deputies learned that the male suspect involved in the complaint had fled on foot prior to deputies arriving there.

While in the area deputies were advised there was a male subject hiding in an abandoned building nearby.

When deputies approached the building, the suspect ran out and attempted to flee dropping a pipe with white residue as he fled but was apprehended.

It was determined that this subject was wanted on an outstanding probation violation warrant.

Tony Henson was charged with:

In addition, this subject was charged on a Jackson County bench warrant of arrest charging: