ARRESTS: MARIJUANA AND OVER THIRTY THOUSAND DOLLARS CASH SEIZED DURING INVESTIGATION OF STRANDED MICHIGAN MOTORIST ON INTERSTATE 75 IN SOUTHEASTERN KENTUCKY 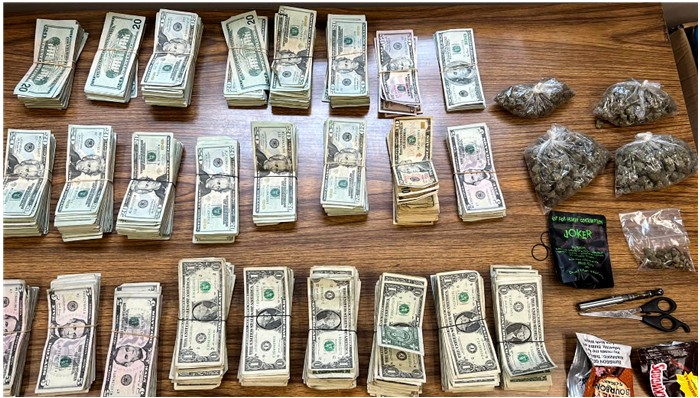 WILLIAMSBURG, KY - The Whitley County Sheriff's Department is reporting that on Tuesday, April 19, 2022, Sergeant Jonas Saunders was requested to I-75 by a local towing agency.

The tow company was on scene assisting a stranded motorist and smelled Marijuana coming from the vehicle.

An investigation then resulted in the seizure of a large quantity of U.S. currency ($33,298.00), a trafficking amount of Marijuana, and drug paraphernalia.

Two individuals were arrested and identified as:

Both were lodged in the Whitley County Detention Center.

Photos of the accused are courtesy of the Whitley County Detention Center.

Photo of seized contraband and cash is from the Whitley County Sheriff's Department.