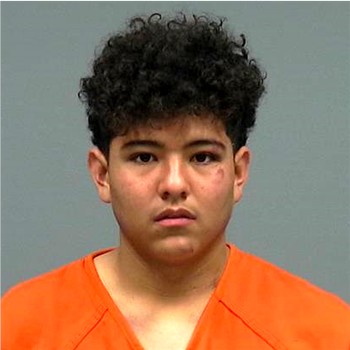 ELOY, AZ (April 22, 2022) - The ARIZONA DEPARTMENT OF PUBLIC SAFETY is reporting that on Thursday, April 21, 2022, at approximately 8:38 A.M., an Arizona State Trooper attempted to stop the driver of a Toyota SUV for reckless driving on westbound Interstate 10 near milepost 214, east of Eloy.

The SUV driver failed to yield to the trooper’s lights and siren and entered the dirt median, where the SUV rolled over.

The vehicle then entered the eastbound traffic lanes of Interstate 10, where it collided with a tractor-trailer traveling eastbound.

A third vehicle, a box truck traveling eastbound on Interstate 10, also sustained damage during the collision.

There were nine occupants in the SUV. Five were airlifted to hospitals in the Phoenix and Tucson areas with injuries ranging from serious to critical.

Three of the nine people in the SUV were killed. Two were declared deceased at the scene, and one person died at the hospital.

The driver of the SUV has been identified as Kevin Avila, 18, of Phoenix, AZ.

Avila was treated and released from a Tucson-area hospital before being booked into the Pinal County Jail.

Photo of the accused is courtesy of Pinal County Jail.

The driver of the tractor-trailer and box truck sustained minor injuries.

The AZDPS Vehicular Crimes Unit is conducting the criminal investigation for this incident.

Investigators are working to complete the next-of-kin notification process.