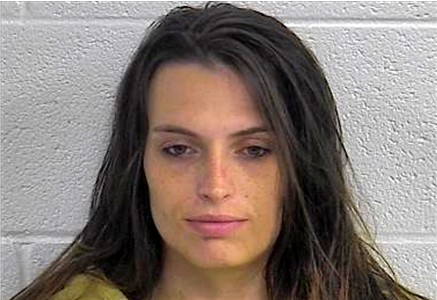 The arrest occurred on McWhorter Road, approximately 11 miles east of London after deputies were dispatched to a complaint of suspected trespassing at a property off McWhorter Road.

The suspect was reportedly driving a gray colored Chevrolet Suburban.

When deputies arrived at the scene, the complainant advised a direction of travel on the vehicle.

Deputies were able to locate the suspect vehicle and conducted a traffic stop and found that the driver was wanted on an outstanding warrant from Clay County.

In addition, the driver was found in possession of suspected Methamphetamine.

Kaitlyn Henson was charged with:

In addition, this subject was charged on a Clay District Court warrant of arrest charging: