ARRESTED: Suspect that got away after Deputy injured in Pursuit found cowering underneath Mobile Home in Southern Kentucky 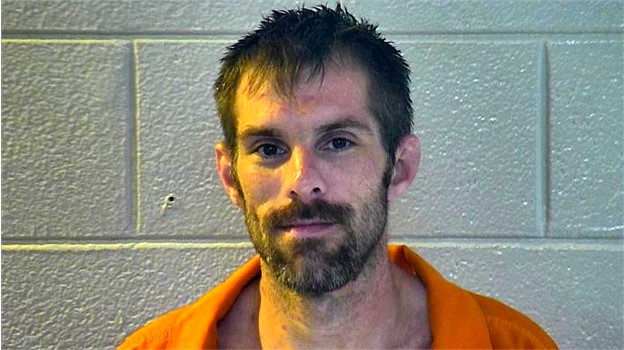 On April 30, 2022, at approximately 11:30 AM, Sergeant Zach Mayfield was answering an unrelated complaint on KY 1003 that had come into Pulaski County 911 Dispatch.

While on that complaint, Sergeant Mayfield observed Jonathan Whitaker running away.

Deputy Trent Massey located Jonathan Whitaker cowering underneath a mobile home on KY 1003. When Deputy Massey saw Whitaker, he ordered him to show his hands and crawl out from underneath the residence.

The Deputies later discovered a hole hidden in the floor of the trailer, which allowed Whitaker to crawl through and get under the trailer to hide.

Whitaker was placed under arrest and brought out from under the trailer by Deputy Massey.

On March 8, 2022, at 1:53 AM, Deputy Tan Hudson and Sergeant Branson Patterson saw a red Nissan truck come off KY 1003 and onto KY 192 at a high rate of speed. The driver of the truck almost lost control and got over into the ditch of the eastbound lane.

Deputy Hudson turned on his emergency equipment to attempt to stop the truck. The driver did not stop and fled at a high rate of speed. The driver then drove off the main road and took off into a field in the truck until entering a woodline where he rammed the truck into a tree. He then ran on foot.

During the foot pursuit and in the darkness, Deputy Tan Hudson received a severe injury to his hand and could not continue in the pursuit.

The driver got away from Sergeant Patterson and Deputy Hudson.

A bag of suspected Methamphetamine weighing approximately one (1) gram was found in the truck.

Deputy Hudson was able to identify the driver of the truck as Jonathan Scott Whitaker.

The truck was impounded due to improper registration and insurance.

Deputy Hudson applied for and received an arrest warrant for Whitaker for the following charges:

This arrest warrant was served by Deputy Trent Massey on April 30th when Deputies found him cowering underneath the trailer.

Deputy Massey served another warrant on Whitaker for a Parole Violation Warrant.

In this warrant, Jonathan Whitaker was convicted of:

Jonathan Whitaker was transported to the Pulaski County Detention Center, where he remains lodged as of this press release.

This investigation continues by Deputy Trent Massey and Deputy Tan Hudson. Also, Sergeant Zach Mayfield has an investigation into those who helped conceal Whitaker and obstructed the Deputies from serving the warrants.

Sheriff Greg Speck asked that if you have any information about drug activity or any crime, contact our office at 606-678-5145. You can remain anonymous.