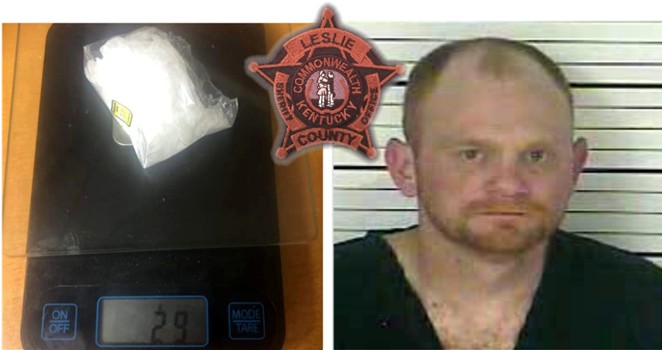 Upon contact with Hendrix it was determined he had no insurance, no proper registration plates and an active arrest warrant out of Laurel County. It was also determined after field sobriety tests, Hendrix was under the influence of intoxicants.

During the search of the vehicle a locked safe was found, a set of digital scales with what is believed to be Crystal Methamphetamine residue on it and a large amount of U.S. currency in assorted denominations.

After a further investigation Deputy Wilson was able to obtain and execute a search warrant on the contents in the safe. 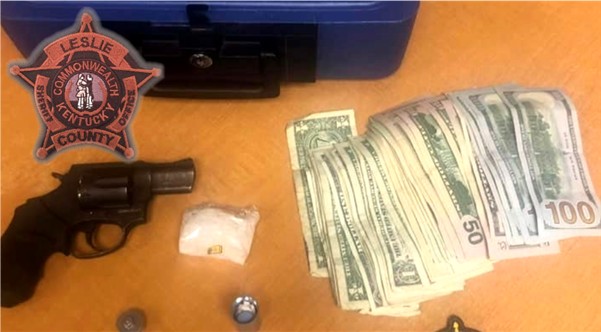 Once the safe was opened, 29 grams of suspected Crystal Methamphetamine was found along with an assortment of pills, and a loaded handgun.

Terry Hendrix was charged with:

Hendrix was lodged in the Leslie County Detention Center where, according to jail records as of 9:00 A.M. on Saturday, May 7, 2022 he is currently housed with no bond or court date having been set.

Photo of seized contraband is from Leslie County Sheriff’s Office.