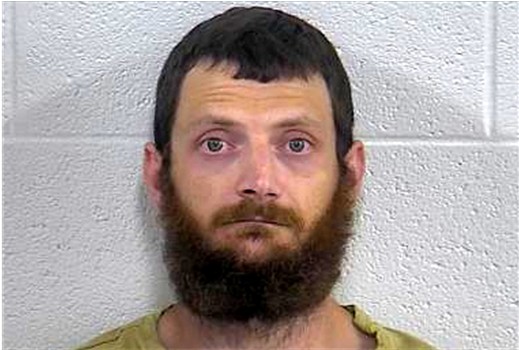 The arrest occurred in a business parking lot off Highway 770 approximately 10 miles South of London after deputies were dispatched to a complaint of a male subject that appeared to be passed out in a vehicle there.

Upon arrival at the scene deputies located the suspect vehicle and noted that the driver's door was open and the male subject appeared to be passed out.

Upon awakening the suspect deputies reported that the male subject tightly gripped the steering wheel and would not exit the vehicle.

Deputies convinced the occupant to exit the vehicle and conducted an investigation determining that the occupant was under the influence.

In addition, this individual was found in possession of three baggies containing suspected Methamphetamine, Xanax pills, a straw, and three capped needles.

Also it was determined that this individual was wanted on an outstanding warrant.

Cody Dotson was charged with:

This individual was also charged on a Whitley District Court bench warrant of arrest charging failure to appear in court on charges of: