State Inmate that escaped in March from Jail in Clay County, Kentucky is back at CCDC after being captured in Flat Lick 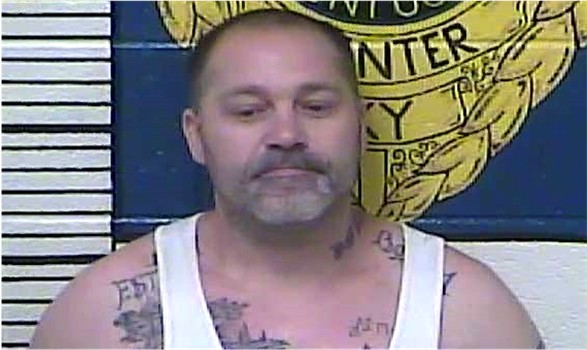 Deputies took 41-year-old Challis Ray Davis of Flat Lick, KY into custody after he was located at a residence on KY 223 in Flat Lick.

Challis Davis escaped from the Clay County Detention Center on Friday, March 25, 2022 where he was being held as a state inmate.

He was originally arrested on June 25, 2021 in Knox County by Knox County Deputies and charged with:

Challis Ray Davis was sentenced in Knox Circuit Court on October 12, 2021 to 8 years in prison.

Davis was lodged in the Knox County Detention Center on a Fugitive NCIC confirmation.

According to jail records Challis Davis age 41 of Flat Lick, KY was booked back into the Clay County Detention Center on Wednesday, May 4, 2022 at 11:31 A.M. as a state inmate charged with: