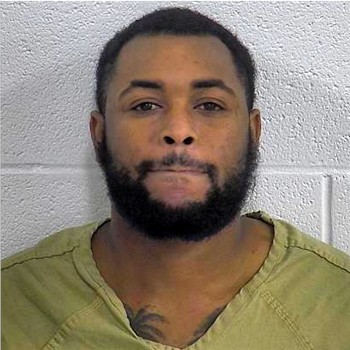 The arrest occurred off U.S. 25E near a motel approximately 10 miles South of London after deputies were dispatched to a disturbance complaint there.

Upon arrival at the scene deputies made contact with the female victim who stated that a male suspect had hit and bit her.

The male suspect had apparently fled on foot toward I–75. Following a search for the suspect, he was located near the I-75 overpass and fled on foot.

Following an extensive search by multiple agencies, the suspect was located and taken into custody.

Meshak Gay was charged with: