TEN SHOOTINGS: 10 People Struck by Gunfire including a Homicide within 24 Hours in Portland, Oregon 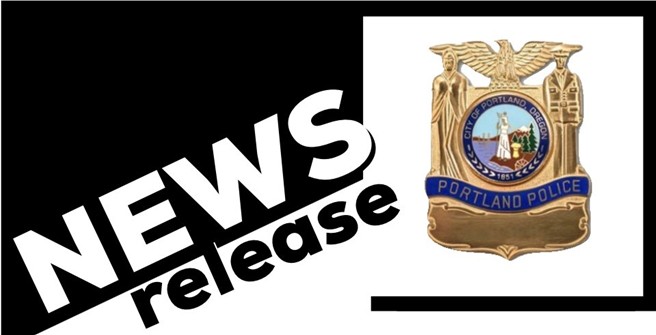 PORTLAND, OR (May 29, 2022) - Ten shooting incidents resulted in 10 people struck by gunfire in a 24-hour period in Portland, and the Portland Police Bureau is asking for public assistance in solving the cases. There was one homicide, as well as 2 unintended victims struck by gunfire.

Below is a brief synopsis of the incidents. Details are limited as the cases are in the early stages of investigation. Information is tentative and subject to change.

05/27/2022, 2:57a.m., 22-140475, SE 128th Ave/SE Sherman St (street)
Physical confrontation between a group of people which resulted in shots fired. Two of the people involved in this altercation suffered gunshot wounds. One of the individuals suffered critical, life-threatening injuries and the other a serious, but a non-life-threatening injury. The Enhanced Community Safety Team (ECST) responded to the scene and is actively investigating.

05/27/2022, 3:49a.m., 22-140500, 700 Block of NE 92nd Ave (outside home)
Shooting occurred when a resident confronted individuals breaking into a vehicle. Several shots were fired at the resident. No injuries. Suspects fled the area. Officers located a crime scene and evidence was seized. ECST conducting follow up.

05/27/2022, 5:57a.m., 22-140551, 7900 Block of NE 21st Ave (parking lot)
An employee retrieving a scrap metal dumpster discovered an individual inside the dumpster. When the trespassing individual was asked to leave so employee could remove dumpster, a disturbance ensued during which a shot was fired. Suspect fled and arriving officers were unable to locate the suspect.

05/27/2022, 12:25p.m., 22-140845, NE 104th Ave / NE Wygant St (camp)
Disturbance at this location possibly related to a stolen motor vehicle led to reports of a shot fired. Officers located a crime scene and evidence at the scene. No victims or suspects located at this time. ECST is conducting follow-up.

05/27/2022, 5:45p.m., 22-141124, N Midway Avenue/N Richards Street (camp)
Shooting which began as a verbal altercation and resulted in shots fired. An adult female victim exiting a tent in the encampment was struck by a stray round as she was directly in line with individual shooting at intended victims. Another individual involved in altercation struck as well. The unintended victim suffered serious, but non-life threatening gunshot wound. The involved individual sustained a non-life-threatening injury and was treated and released from hospital. ECST responded and is actively working case.

05/27/2022, 6:04p.m., 22-141139, 3700 Block SE 71ST Ave (street)
East responded to disturbance with shots fired. Crime scene located and evidence recovered. A victim later walked into a hospital and preliminary investigation connects that victim to this case. The victim has since been released from the hospital. Follow-up being conducted by ECST.

05/27/2022, 10:49p.m., 22-141366, SE Holgate BLVD/SE 113th Ave (tentative location in street)
East Precinct responded to hospital regarding a walk-in gunshot wound victim with non-life-threatening injuries. The victim claims they were victim of gunpoint robbery at 113/Holgate and was shot when they struggled with suspect over firearm. Officers unable to locate crime scene and so far investigators have no corroboration.

05/28/2022, 12:20a.m., 22-141452, 7000 Block NE 11th Ave (street, house)
Shooting appeared to be exchange of gunfire on street/sidewalk. Over 20 casings recovered. Three unoccupied vehicles struck and an occupied home hit. An occupant of that home, a 62-year-old female, was asleep in bed when a round penetrated the residence and struck her. Non-life-threatening injury treated at local hospital. Investigators believe injured victim was not intended/connected to the shooting incident. ECST responded and investigators assigned and actively working follow-up.

Critical incidents such as these take a significant number of police resources to respond and investigate, and the Portland Police Bureau is aware that many lower priority calls do not get a timely response. We are grateful for the patience from the community as we work through the calls. Some reports can be made on our website at https://www.portland.gov/police/police-report-online-submission .

If anyone has information about any of these incidents, and has not already spoken to police, they are asked to e-mail This email address is being protected from spambots. You need JavaScript enabled to view it. and include the applicable case number.

ECST investigators consider all gunfire aimed at Portland community members to be attempted murder cases. Eyewitnesses or video evidence is crucial in solving these cases and these crime victims need people to come forward with any information. If anyone has information about a shooting case, please contact This email address is being protected from spambots. You need JavaScript enabled to view it. , or tips can be sent to Crime Stoppers.

Crime Stoppers of Oregon offers cash rewards of up to $2,500 cash for information, reported to Crime Stoppers, that leads to an arrest in any unsolved felony crime and tipsters can remain anonymous.

Anyone wishing to submit a secure and anonymous tip regarding any unsolved felony crime should visit http://www.crimestoppersoforegon.com or visit the App Store and download P3 Tips for your smart phone or tablet.

Crime Stoppers of Oregon is funded 100 percent by community donations. To support Crime Stoppers with a donation, or to view other unsolved cases, please visit http://www.crimestoppersoforegon.com/