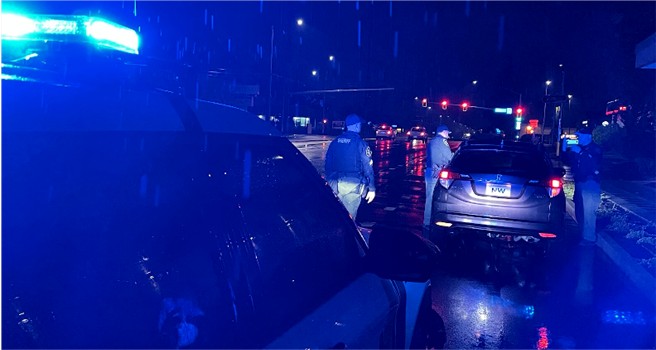 In total, during Sunday night’s mission, deputies and officers made 51 traffic stops. Eight people were arrested and two stolen cars were recovered. One gun and suspected Fentanyl was seized.

In response to the county’s dramatic rise in violent crimes, the Multnomah County Sheriff’s Office, along with our public safety partners, has implemented data-driven violence reductions strategies. One solution is performing patrol missions in hot-spot areas where traffic-related fatalities and gun violence intersect.

Since these efforts began in mid-April, these missions have resulted in 116 traffic stops, 33 arrests, and 7 recovered stolen vehicles.

The Multnomah County Sheriff's Office thanks the Gresham Police Department and Portland Police Bureau Air Support Unit for their assistance with these missions.

Photos are from Sunday night’s mission.