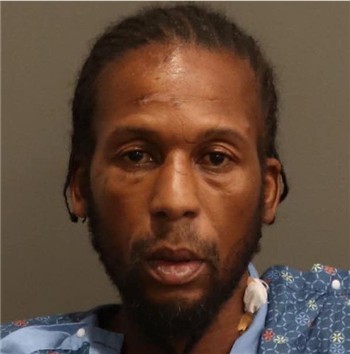 Man Charged with Homicide, Attempted Homicide during ongoing Investigation of Shootings at a Store in Nashville, Tennessee

DAVIDSON COUNTY, TN – TBI is reporting that a man has been charged with homicide in the shooting death of a security guard at a Nashville business, and attempted homicide for firing at police officers, as the result of a still-ongoing investigation by special agents with the Tennessee Bureau of Investigation.

On June 2nd, at the request of 20th Judicial District Attorney General Glenn Funk, TBI agents responded to 701 Division Street to investigate a fatal shooting, which was followed by an officer-involved shooting incident.

During the investigation, agents developed information that Robert Scott Meek, a security guard at the store, had been involved in a physical altercation with a man in the parking lot who had been creating a disturbance.

During the struggle, the man, later identified as Randy Levi, disarmed and shot Meek, killing him.

The investigation revealed Levi, who is homeless, then entered the store, still carrying the gun. Three Metropolitan Nashville police officers responding to the initial shooting call found Levi inside and gave commands to drop the weapon. Preliminary information indicates Levi fired toward the officers.

The officers returned fire, striking Levi. He was transported to a Nashville hospital where he has been treated for his injuries.

Upon his release from the hospital late Friday afternoon, Randy Charles Levi (08/12/1981) was served with warrants charging him with:

Levi was booked into the Davidson County Jail.