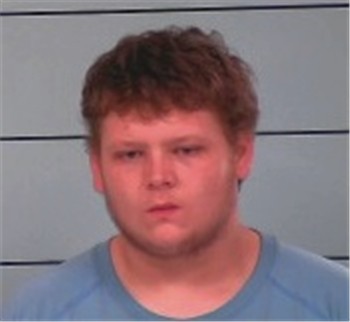 DRY RIDGE, KY (June 14, 2022) – The Kentucky State Police is reporting that on Monday, June 13, 2022 at approximately 12:09 P.M. Trooper Dwayne Ison conducted a traffic stop on Townsend Valley Road in Bourbon County. Trooper Ison issued a citation to the driver and the vehicle left the area.

While attempting to get away the driver sideswiped another vehicle disabling the vehicle he was driving, he excited the vehicle and fled on foot.

Trooper Ison was able to apprehend the driver after a short distance without incident.

Joseph Fryman (21) of Bourbon County was charged with:

Charges in Bourbon County are:

A warrant out of Bourbon County for failure to appear was also served on Mr. Fryman.

This individual is lodged at Bourbon County Detention Center.

Photo of the accused is courtesy of Bourbon County Detention Center.

No one was injured during this incident.

The pursuit was less than two minutes in length.