Once making contact with the driver identified as Matthew Dylan Smith age 26 of Manchester, KY and a passenger identified as Elliot Troy Westberry age 24 of Big Creek, KY, a strong odor of Marijuana was detected coming from inside the vehicle. 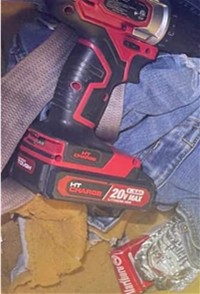 Upon further investigation consent to search the vehicle was given by the driver/owner.

Both driver and passenger were placed under arrest.

Matthew Smith was charged with:

Elliot Westberry was charged with:

Photos of the accused are courtesy of the Clay County Detention Center.

Photo from inside the vehicle and of the seized contraband from the Manchester Police Department facebook page.

They both was lodged into the Clay County Detention Center.

Assisting at the scene was Sgt Jeff Couch and CCSO Sgt. Jeremy Gabbard.