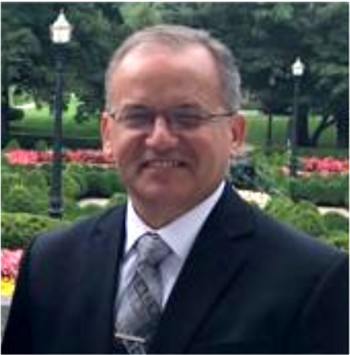 Cameron has been on staff with Congressman Rogers since 2014, first serving as a Field Representative, and being named Deputy District Director in 2019.

"Carlos has spent the last eight years traveling with me across our wide-spread, 30-county region, dedicating countless hours to ensure we know the needs and challenges in every county that I represent in Washington. He has worked tirelessly on a number of major projects in our region and I am confident that he will continue those successful efforts in his new role as District Director," said Congressman Rogers, Dean of the U.S. House of Representatives. "Every member of my district staff is a native of Kentucky's Appalachian region, because they know first-hand, how we can better serve our communities.

"I am deeply honored to work along-side Congressman Rogers and to help him serve the people of southern and eastern Kentucky," said Cameron. "Our main goal is to keep open lines of communication between our office and every county we serve, whether we are helping local leaders with community projects or helping families cut through government red tape that often delays important benefits. We are here to serve and I look forward to continuing the incredible work of my friend and long-time colleague, Karen Kelly." 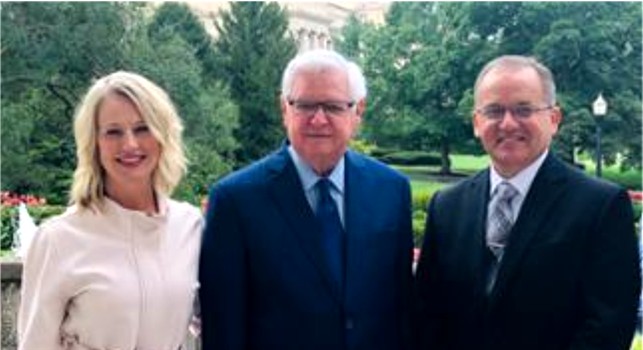 Karen Kelly, who has led Congressman Rogers' Kentucky operations since 2013, will be transitioning to the private sector. Kelly has worked alongside Congressman Rogers in several leadership roles since 1994, including serving as founding President and CEO of Operation UNITE, during which time she started the National Rx and Illicit Drug Abuse Summit – now the nation's largest conference addressing the nation's drug abuse crisis. She also served as President and CEO of Eastern Kentucky PRIDE (Personal Responsibility in a Desirable Environment), during which time she rallied thousands of volunteers to help clean up the region, worked with local officials on critical water and sewer projects, and provided environmental education programs in local schools.

"Karen has been a tenacious leader and consummate advocate for the people of this region during some of the toughest economic times that we've ever faced. She has been a loyal and trusted advisor to me over the years, and I am grateful that she chose to use her sheer talent and expertise to help make our region a better place to live through her work in my office, through Operation UNITE, and Eastern Kentucky PRIDE," said Congressman Rogers. "I wish Karen the very best in her future endeavors, as we continue the work of shaping a brighter future in Kentucky's Appalachian region."

"Working for Congressman Rogers has been the greatest honor of my life. He has taught me how to lead, how to stand firm when it matters the most, and how to serve the people of southern and eastern Kentucky with the utmost integrity," said Kelly. "We are truly blessed to have the best Congressman in the country advocating for us each and every day. He is the hardest worker I've ever met and undoubtedly the greatest visionary of our lifetime."

Kelly will continue serving as Congressman Rogers' District Director through the end of July.

For more information about Congressman Rogers work in Kentucky and in Washington, DC, visit halrogers.house.gov and follow him on social media.