ARRESTED: Property Owner's Explanation regarding Arrest in a Southeastern Kentucky City due to a Criminal Littering Complaint

Upon arrival Sgt. Southern observed multiple piles of trash and other miscellaneous debris laying unlawfully next to a public roadway. 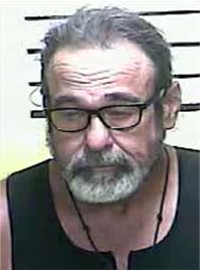 Some of the items included five-gallon buckets and other large containers with stagnant, mosquito-infested water with a strong foul odor, potentially causing a hazard for nearby housing and people commuting on the roadway itself.

The sergeant then made contact with the property owner 55-year-old David Scott Baker (right) and began questioning him about the debris.

Baker admitted to scattering the waste along the roadside and stated he knew the conditions were bad but collecting it was his way of relieving stress.

David Baker was charged with:

Baker also had two outstanding warrants for his arrest.

Photo of the accused is courtesy of  the Bell County Detention Center.