Man with Felony Warrants facing Multiple Charges including Strangulation 1st Degree after Assaulting Deputy that stopped him on U.S. 27 in Southern Kentucky 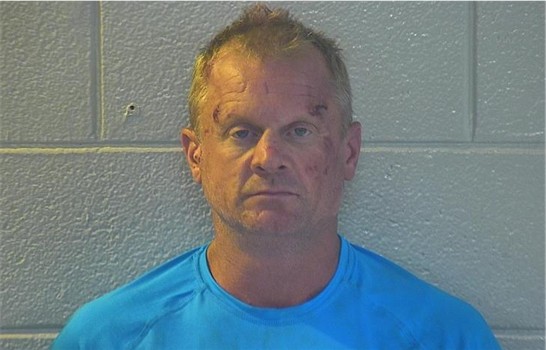 SOMERSET, KY - The Pulaski County Sheriff's Office is reporting that on Saturday, July 2, 2022, Deputy Noah Wesley was on patrol when he saw a vehicle with one headlight traveling north on U.S. 27. Deputy Wesley began to follow the vehicle and observed the driver of the vehicle run a red light at the intersection of Parker’s Mill Road and U.S. 27.

During the course of the traffic stop, Brian Combs fled on foot. Deputy Wesley chased Combs, deploying his Taser.

Deputy Wesley then tried to take physical control of Combs by taking him to the ground. Deputy Wesley later stated he did not believe the Taser contacted any part of Combs’ body.

With the assistance of the witness, Deputy Wesley was able to gain control of Combs.

Deputy Wesley complained of being strangled as well as head pain on the scene while speaking with Somerset Police Officer Taylor Cundiff.

Due to the nature of his injury, Deputy Wesley was transported from the scene by Somerset-Pulaski EMS to Lake Cumberland Regional Hospital.

Deputy Wesley was treated at the hospital and released to recover from his injuries at home.

Deputies with the Sheriff’s Office stated that had the witness not intervened to assist Deputy Wesley, he could have received more extensive injuries than he did.

Brian Combs was charged with:

Combs was taken to the Pulaski County Detention Center where he remains lodged at the time of this press release.

This case will be presented to a Pulaski County Grand Jury in the near future.

This case remains under investigation by Detective Matt Bryant and the Pulaski County Sheriff's Office.

The Somerset Police Department and the Somerset-Pulaski County EMS assisted the Sheriff’s Office.

Pulaski County Sheriff's Office:
"We didn't put the bystander’s name on here for a reason. One being his privacy. We have his name. We owe him a huge debt of gratitude."