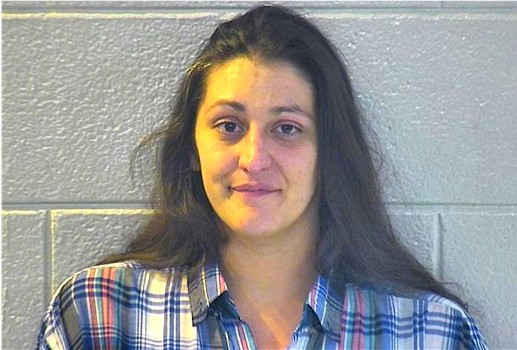 SOMERSET, KY (July 12, 2022) - Pulaski County Sheriff Greg Speck reports the arrest of Andrea Johnson, age 35 of Science Hill, Kentucky by Deputy Tan Hudson following the report of a female on the side of the road supposedly changing a child’s diaper. At approximately 4:25 AM this morning, Deputy Tan Hudson was dispatched by 911 Dispatch to a complaint that someone saw a female who had a child laid on the side of the road changing a diaper.

When Deputy Hudson arrived, he located Andrea Johnson and a two-year old child on the railroad tracks at Norwood-Mount Zion and N. Highway 27 intersection.

Deputy Hudson reported that Johnson appeared to be intoxicated.

Based on Deputy Hudson’s investigation at the scene, Andrea Johnson was charged with:

Andrea Johnson was transported to the Pulaski County Detention Center where she remains lodged as of this press release.

The child (related to Johnson) was released to a responsible family member.

Deputy Hudson was assisted at the scene by Deputy Seth Gover.

This investigation continues by Deputy Tan Hudson and the Pulaski County Sheriff's Office.