Methamphetamine Arrest one of two in Laurel County, Kentucky during Complaint Investigation of Female Subject standing in Road screaming for Help

The arrests occurred after deputies were dispatched to a complaint of a female subject standing in the road screaming for help.

Upon arrival at the scene deputies located the female and conducted an investigation. This individual stated that she did not want any help from law enforcement and that she had stepped out of a black Toyota car which drove off and left her there.

Deputies located the black Toyota Camry nearby conducting a traffic stop on it.

During the investigation the driver was determined to be under the influence and the female subject deputies had located a short distance away was found in possession of suspected Methamphetamine and two glass pipes with residue. 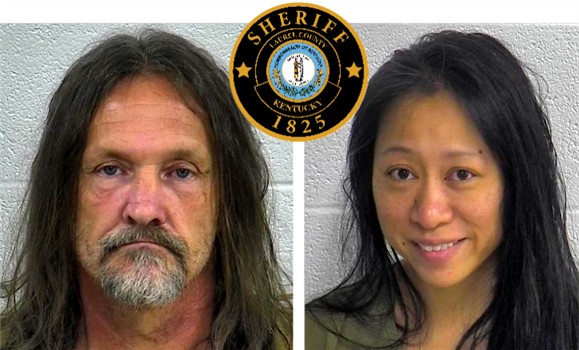 Samuel Hatfield was charged with:

Christine Schmidt was charged with: