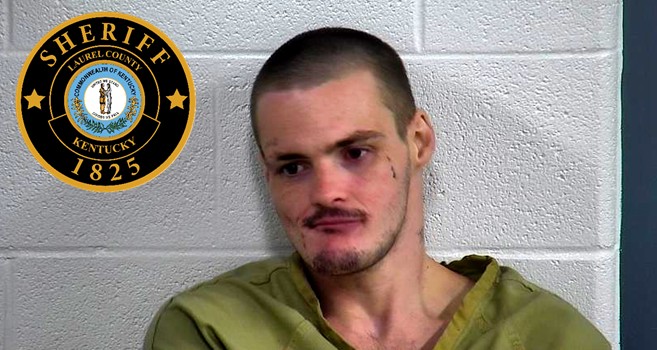 The arrest occurred off Barbourville Road, at a business parking lot approximately 6 miles South of London after deputies were dispatched to a complaint of a possible intoxicated individual there.

Upon arrival at the scene deputies located Coy J. Wagers of Manchester, KY and conducted an investigation determining that he was under the influence – this individual stated he had taken Xanax and Suboxone.

In addition, this Wagers was wanted on an outstanding warrant.

Coy Wagers was charged with:

In addition, this subject was charged with: