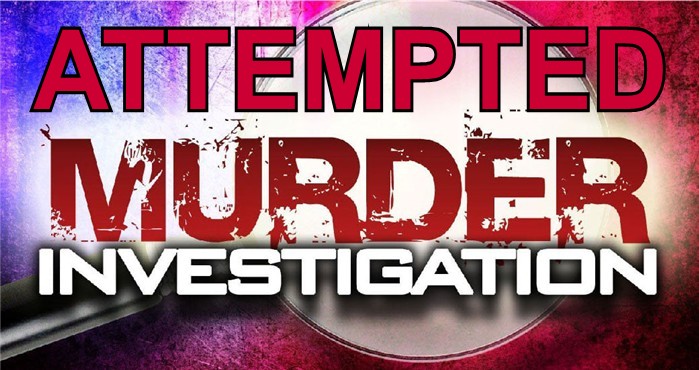 UNION COUNTY, OR (July 20, 2022) - The Oregon State Police is reporting that on Tuesday, July 19, 2022, at 8:38 A.M., a Deputy with the Union County Sheriff’s Office contacted an individual sitting along Highway 82 outside of Elgin, Oregon.

The individual, Demus Montez (36) of Hermiston, Oregon was later confirmed to be the outstanding suspect from Sunday’s pursuit and Officer Involved Shooting incident and was taken into custody by the Union County Sheriff’s Office with the assistance of the Oregon State Police.

The below-mentioned suspect was taken to the Union County Jail.

Demus Montez was charged with:

This individual was lodged in the Union County Jail.

This is an active investigation by the La Grande Police Department, the Union County Sheriff’s Office, and the Oregon State Police.

Once the investigation is complete it will be turned over to the Union County District Attorney’s Office for review and any further releases.

Law enforcement would like to thank the public for their assistance in the investigation.

On July 17, 2022, at 12:43 p.m., Union County Sheriff’s Deputies responded to a business, Bullseye Muzzleloaders and More, located in Island City, Oregon for the report of a business burglary. Law enforcement later cleared the scene. At approximately 2:27 p.m. Law enforcement was summoned to the same business as the reporting party was describing three people wearing gloves and masks approaching the business.

While law enforcement was responding to the scene, it was learned that an employee of the business confronted the suspects. During this confrontation, shots were fired. The vehicle fled the scene and sheriff’s deputies immediately located and started pursuing the vehicle. During the course of the pursuit, occupants in the suspect vehicle fired rounds at the pursuing law enforcement vehicles, which ultimately disabled one patrol vehicle. An Oregon State Police Trooper was set up for a spike strip deployment and upon learning of the active shooting situation, he engaged the suspects and suspect vehicle by discharging his duty weapon as they came by his location. The vehicle continued and Troopers were able to successfully spike the vehicle, which ultimately came to a stop on Indian Creek Road near Rinehart Lane. The three suspects fled from the vehicle into the dense brush and vegetation. As a result, additional law enforcement was called to the scene and a perimeter was set up.

The Northeast Oregon Regional SWAT Team and the Oregon State Police SWAT Team responded to the area and ultimately located and arrested two suspects in the late evening hours.

The third suspect was not located and is still outstanding as of this release. The Union County Sheriff’s Office, the La Grande Police Department, and the Oregon State Police are continuing their investigation into the initial burglary as well as the Officer Involved Shooting and more charges and arrests are anticipated.

The suspects were taken to the Union County Jail by Deputies and lodged on the following charges:

The La Grande Police Department at the request of the Oregon State Police, and in compliance with the Union County Deadly Force Plan will be conducting the Officer Involved Shooting Investigation. The Oregon State Trooper involved in the shooting was placed on administrative leave per department policy pending the outcome of the investigation.