FATAL: DRIVER ARRESTED AND IDENTIFIED IN HIT AND RUN CRASH THAT CLAIMED LIFE OF BICYCLIST IN FAIRVIEW, OREGON

FAIRVIEW, OR - The Multnomah County Sheriff's Office is reporting that on Saturday morning July 30, 2022 at approximately 2:02 A.M., MCSO deputies were dispatched to a traffic crash involving a vehicle and bicyclist near the intersection of NE Halsey Street and NE Fairview Blvd in Fairview. 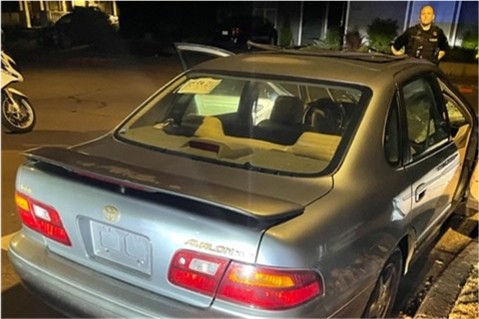 A witness reported that the driver had initially stopped, then quickly left the scene. A responding deputy spotted a vehicle that matched the description of the involved car and initiated a traffic stop.

The driver was pulled over and was arrested. The driver is identified as 56-year old Robert Lee Wilson.  He was later lodged at the Multnomah County Detention Center.

Paramedics arrived and pronounced the bicyclist dead on scene.

Due to the severity and criminal nature of the crash, the East County Vehicular Crimes Team (VCT) was called to perform the investigation.

Preliminary investigation shows that two bicyclists were riding eastbound on NE Halsey Street, approaching NE Fairview Parkway, when Wilson’s vehicle crossed into the bike lane and stuck one of the bicyclists.

The victim’s name will not be released until notification of next-of-kin.

No further information will be given at this time