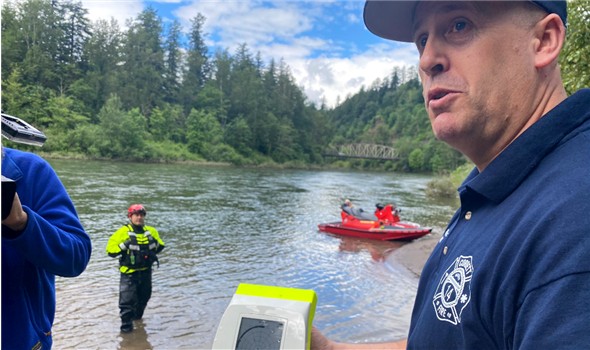 MULTNOMAH COUNTY, OR - The Multnomah County Sheriff's Office is reporting that just after 4:00 P.M., on Friday, July 29, 2022, Multnomah County sheriff’s deputies and firefighters from the Corbett and Gresham Fire Departments responded to the Sandy River near Dabney State Park for a report of a water rescue. 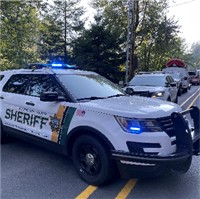 Firefighters launched rescue boats and used equipment to scale the steep riverbank to access the river. Corbett firefighters waded into the water and located the man underwater using a handheld sonar device called AquaEye. AMR lifeguards helped bring the man to the surface, and he was carried up the riverbank to paramedics.

Paramedics transported the man to an area hospital. Despite lifesaving attempts, the swimmer did not survive and was declared deceased at the hospital.

The man’s identity is being withheld until next of kin notifications are complete. No further information about this specific incident will be shared at this time.

This response is the third major, multi-agency water rescue call in the Sandy River since Wednesday, July 27.

On Wednesday, a stand-up paddler fell into the water and drowned near Oxbow Park. On Thursday, at Oxbow Park, a family of three narrowly survived after being swept by the current; all three were taken to the hospital for a medical evaluation.

And in this incident, unfortunately, a swimmer did not survive near Dabney State Park.

PSA ON WATER SAFETY IN OREGON INCLUDING THE SANDY RIVER

As hot temperatures are forecasted to continue through the weekend, the emergency services community is urging people who plan to visit a local river or lake to visit a park where a lifeguard is present, such as Glenn Otto Park in Troutdale, and to wear a lifejacket at all times when swimming, floating, paddling, boating, or playing near the water. Lifejackets can be borrowed for free, (no identification required), at these locations:

The Sandy River is dangerous year-round, and the river bottom is rocky, uneven and surprisingly deep in some locations. The water may be stronger and colder than nearby rivers because the Sandy River is fed by glacier runoff from Mount Hood. Use caution when swimming in the Sandy River.

Second Image: MCSO patrol vehicle at the scene of the water rescue.

According to Wikipedia, the Sandy River is a 56-mile tributary of the Columbia River in northwestern Oregon in the United States. The Sandy joins the Columbia about 14 miles upstream of Portland, Oregon.