HIKER DIES IN OREGON AFTER FALL IN THE COLUMBIA RIVER GORGE 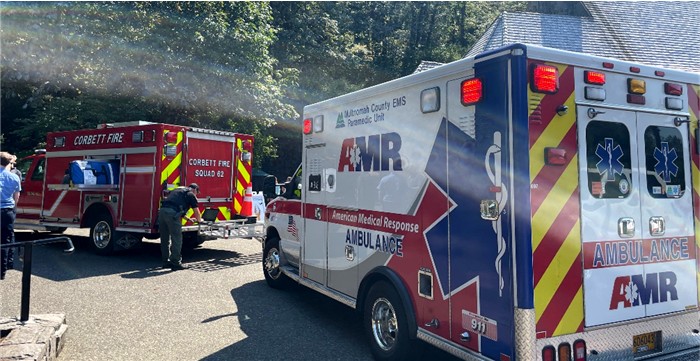 MULTNOMAH COUNTY, OR - The Multnomah County Sheriff's Office is reporting that at around 1:15 P.M., on Friday, August 19, dispatchers received a report that a female hiker suffered a head injury after falling near Wiesendanger Falls in the Columbia River Gorge.

As firefighters from the Corbett Fire District and deputies from the Multnomah County Sheriff’s Office were en-route, dispatchers provided an update that the injuries were life threatening and that bystanders had started CPR.

Corbett firefighters deployed from the Multnomah Falls Lodge and reached the hiker, approximately 1.3 miles from the trailhead. Firefighters pronounced the hiker deceased.

The Multnomah County Search & Rescue team has been activated to help the Medical Examiner’s Office recover of the hiker.

The woman was hiking with a group of friends on the Multnomah Falls-Larch Mountain Trail, #441. It is estimated the hiker feel approximately 100 feet.

TIPNW was dispatched to provide emotional support and mental health resources for those impacted by the hiker’s death.

The hiker will be identified at a later time, when next of kin notifications are complete.

Due to congestion, media is advised to use the Multnomah Falls parking lot off I-84 to access the area. A PIO is not responding to the incident.