Suspect Officially Charged in Connection with the Abduction of "Still Missing" Eliza Fletcher in Memphis, Tennessee

Eliza was abducted while she was running Friday morning. Investigators believe her abductors were in the vehicle pictured.

MEMPHIS, TN (September 4, 2022) - Memphis Police Department is reporting that the individual who was detained has been officially charged in connection with the abduction of Eliza Fletcher. Eliza was forced into a vehicle on Friday morning September 2, 2022 in midtown Memphis while running at approximately 4:30 A.M.

At this point in the investigation, Cleotha Abston, 38, has been charged with: 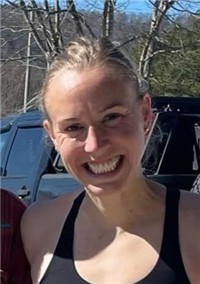 Eliza Fletcher (right) has not been located at this time.

MPD Investigators and officers, along with our local and federal partners, continue searching for Mrs. Fletcher.

A second individual, currently not believed to be connected to Fletcher's abduction, was also arrested during this investigation.

Mario Abston, 36, was charged with:

This remains to be an active and ongoing investigation.

We continue to ask for assistance from the community. If anyone has any information concerning this investigation, they should call CrimeStoppers at 901-528-CASH.

MEMPHIS, TN - The following incident is ongoing and is a joint investigation by the Tennessee Bureau of Investigation (TBI) and the Memphis Police Department (MPD).

Friday, September 2nd, 2022, from TBI: At the request of our partners at the MPD we are asking for your help in locating Eliza “Liza” Fletcher.

She was forced into a vehicle on Friday morning September 2, 2022 in midtown Memphis while running at approximately 4:30 A.M.

Investigators believe Eliza’s abductors were in the vehicle pictured. It’s a dark-colored SUV. There is no known direction of travel.

We've also included a photo released by MPD of Eliza while she was running Friday morning. Liza is 34 years old. She is 5’6”, 137 lbs., with brown hair, and green eyes. She was wearing a pink jogging top and purple running shorts.

The vehicle of interest has been located and a male who was occupying the vehicle has been detained. Eliza Fletcher has not been located. This is an ongoing investigation. Anyone with information should call CrimeStoppers at 901-528-CASH.