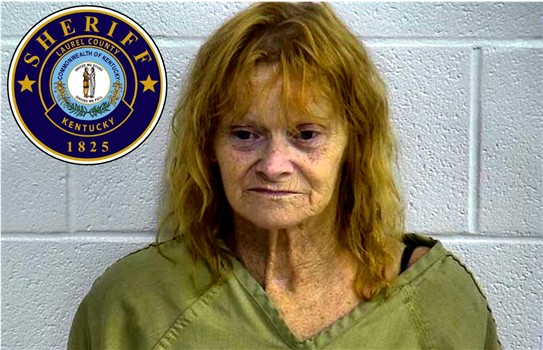 The arrest occurred in a business parking lot off McWhorter Road approximately 2 miles east of London after deputies were dispatched to a complaint of a female subject apparently passed out behind the wheel there.

Upon arrival at the scene deputies located the suspect vehicle, a light blue Ford Focus and awakened the driver.

Deputies noted that the engine was running and the driver was in the driver's seat.

An investigation was conducted and the driver was determined to be under the influence.

Mary Hale was charged with:

This individual was lodged in the Laurel County Correctional Center and according to JailTracker, is being held on a $1,500.00 CASH bond with a court date set for Wednesday, September 7, 2022 at 9:00 A.M.

Photo of the accused is courtesy of Laurel County Correctional Center.