Man arrested off Kentucky 490 in Laurel County sought by Authorities in Clay, Owsley and Jackson County 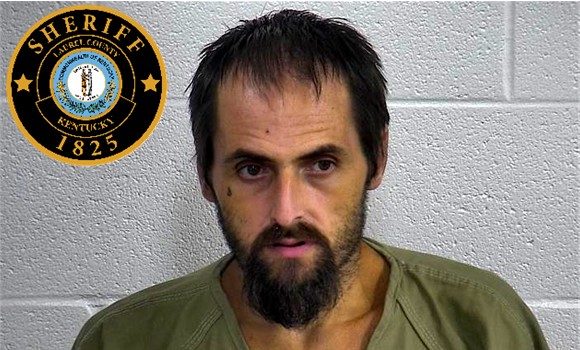 Jason L. Gibson age 38 of Gray Hawk, KY was arrested at a business off KY 490 approximately 6 miles north of London.

Jason Gibson was charged on a Kentucky parole board parole violation warrant charging:

In addition, the subject was charged on a Jackson County Circuit Court bench warrant of arrest charging failure to appear in court for arraignment on charges of:

This individual was lodged in law and Correctional Center.

Photo of the accused  is courtesy of the Laurel County Correctional Center.