LONDON, KY - Laurel County Sheriff John Root is reporting that: A joint drug investigation was conducted between the 75/80 Drug Interdiction Team along with ATF and Kentucky State Police early Friday morning September 16, 2022 at approximately 3:13 AM.

As a result of the investigation a search warrant was sought and executed on a room at a motel in southern Laurel County.

The room was occupied by a male and a female subject and the pair were found in possession of:

The male subject was found in possession of a Glock 19 handgun and it was learned that he was a convicted felon.

Bradley Lawson was charged with::

Amy Johnson was charged with:

Photos of accused are courtesy of the Laurel County Correctional Center. 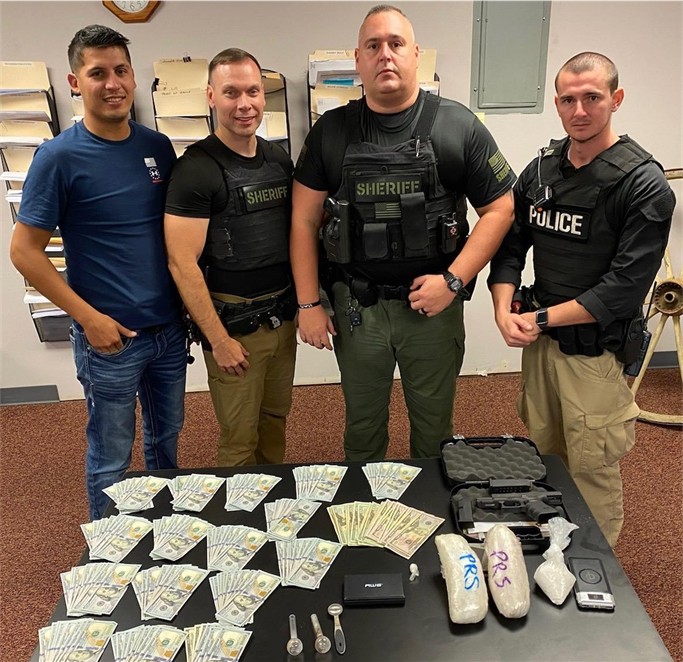 Note: There is an apparently large amount of CASH in the above photo, however, there was no mention regarding currency in the LSO news release...