AZDPS TROOPERS FIND 52 POUNDS OF FENTANYL PILLS CONCEALED IN VEHICLE ON I-19 NEAR SAHUARITA IN PIMA COUNTY, ARIZONA

PIMA COUNTY, AZ - On Wednesday, September 14, 2022, an Arizona Department of Public Safety (AZDPS) trooper initiated a traffic stop on the driver of a Ford Fusion sedan on northbound Interstate 19 at kilometer 80, near Sahuarita, Arizona. 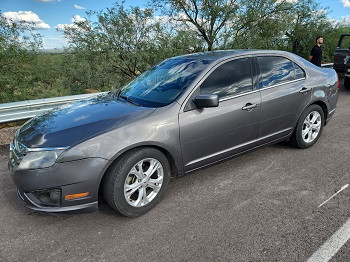 During the traffic stop, the trooper observed multiple indicators of criminal activity.

A subsequent search of the vehicle led to the discovery of 52 pounds of suspected fentanyl pills concealed within a compartment built into the vehicle's rocker panels. 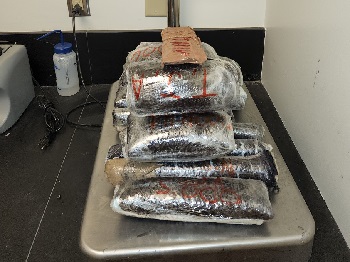 The suspected fentanyl was being smuggled from Nogales, Mexico, to Tucson, Arizona.

The suspect driver, 28-year-old Andres Ramirez-Sanchez of Douglas, Arizona, was arrested and booked into the Pima County Jail on charges including: 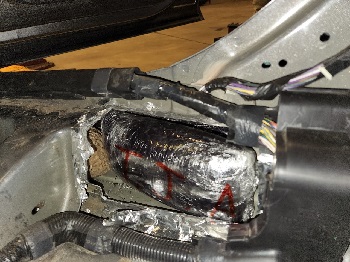 Concealed compartment where drugs were located